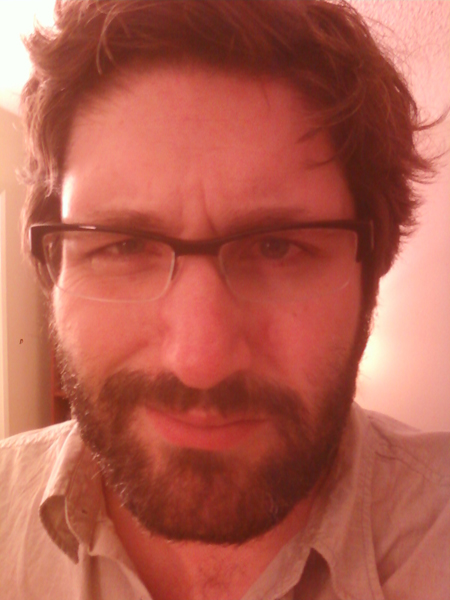 D.J. Kirkbride is the co-writer and a co-creator of MonkeyBrain Comics’ critically acclaimed digital series AMELIA COLE (out in trade paperback from IDW in August 2013). His writing has also appeared in Image Comics’ Harvey and Eisner Award-winning POPGUN anthologies, which he also co-edited. Additionally, he’s co-written comics for TITMOUSE MOOK volume 2, FIRESIDE MAGAZINE issue 1, and OUTLAW TERRITORY volume 3. He was the script editor for the webcomic SPY6TEEN, and his short prose story “Married Life” appeared in the zombie anthology THE DEAD WALK AGAIN, and he’s written essays, reviews, interviews, columns, stories, and, um, ninja poetry for such websites as MCSWEENEYS.NET, TWOHEADEDCAT.COM, TLCHICKEN.COM, and THEFOOTNOTE.NET (which he co-created and co-edited). His ninja poetry was collected into a book from Creative Guy Publishing called DO YOU BELIEVE IN NINJAS? So there’s that.